1/ Hi Stephen, thank you very much for accepting this interview. Can you introduce yourself in a few words for our readers?

Hi everyone… my name is Stephen Frost and I’m currently an Executive Producer at Other Ocean mainly focused on our Digital Eclipse products (and Yu-Gi-Oh!). I’ve been in the industry for over 20 years doing everything from QA to design to writing about games but have mainly worked in the production path of game development. Over the years, I’ve had the pleasure of working at many of the big video game publishers, including EA, Activision and Sega and on a variety of IP, such as Ty the Tasmanian Tiger, Iron Man, The Incredible Hulk, Street Fighter, Shinobi and Sonic the Hedgehog.

2/ Digital Eclipse has developed many collections of oldies these past years including Disney afternoon Collection, SNK 40th Anniversary collection, or Aladdin/The Lion King for example. Oldies but goodies for old players but sometimes less attractive for young players, what are your objectives behind these developments and what is your target audience?

Well, while one key focus of the Digital Eclipse brand is the preservation and accurate presentation of classic video games on modern platforms, the real motivation for us is something pretty simple. Basically, we feel that video games are rarely treated with the same level of care and respect given to other artistic mediums, like movies, and we think they deserve better. Above all, though, we really just want to entertain while we educate.

Jumping back to your question, it is true that some of our collections might skew towards a certain age, but we try to design things in a way that hopefully appeal to gamers of all ages and types. We want everyone to enjoy these games.

Obviously, if you grew up playing the games, then there is going to be an innate interest that is already there, but there is no reason why collections like Disney Afternoon or Disney Classic Games can’t be enjoyed by gamers of all types. And we work hard to make them so.

Whenever we start a project, we focus a lot of attention on quality of life improvements that help to make the games easier and more intuitive to play. We look back at reviews and our own personal memories of the the games and see how we can improve the experience (and cater to modern gamer expectations) without fundamentally changing the original developers’ intentions.

One example of this is how we implemented twin stick support for the SNK 40th Anniversary Collection for games that originally relied on a loop lever joystick. Through this addition, we were able to modernize the games while still maintaining the core design of the original experience. 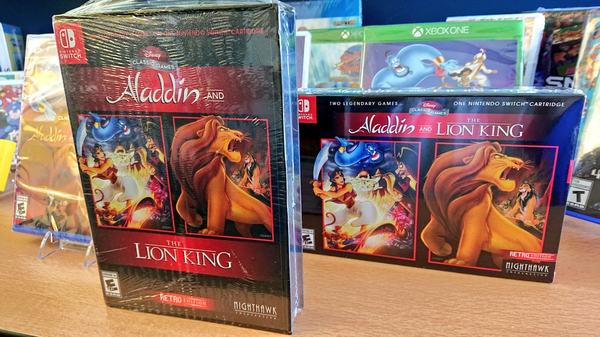 Looking at Disney Afternoon or Disney Classic Games, we wanted to make sure that gamers of all ages could have fun, so we naturally added the rewind ability, as well as the watch mode so that the more difficult or frustrating sections could be more easily completed (or, even, completely bypassed if desired). It’s important to the entire team at Digital Eclipse that everyone be able to complete each game and experience the whole adventure.

Basically, in the end, we just want to give fans and players a toolbox to use to enhance their overall experience. It’s up to them to choose which tools they want to use and how they want to enjoy the games. In that regard, we are hopefully exposing these classic games to whole new generation of potential fans.

3/ I’m a huge fan of all the documents you propose in the museum/gallery mode of these games and sometimes I’m more interested in this feature than in the games themselves.

Can you explain us how the team manage to collect all this stuff? I assume it is challenging to find some of them due to their age or to find them in an acceptable quality.

Thanks! The museum/gallery sections of our collections are definitely the biggest thing that we devote development resources towards. It’s where you can discover the story behind these games and get the context as to why they are so important to preserve.

It is true that they are no easy feat to accomplish, though, as they require months upon months upon months of research and organization to create. And, unfortunately, are often only completed at the very last moment of a project in order to make sure that we are able to include everything possible. 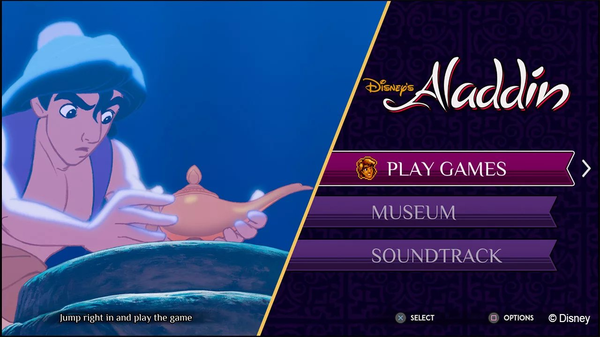 In some cases, finding everything we can involves flying over to countries, like Japan, and tracking down former development team members or former company employees that held on to PR or marketing materials when they left. We do everything we can, scouring old forums, Facebook groups, reaching out to other members of the industry… you don’t know what there is until you turn over every rock you can.

For example, a lot of the videos in the Disney Classic Games collection came from Louis Castle, an original producer on The Lion King game, because he happened to have kept VHS tapes of the game’s promotional segments! Most people would not have done that. Along the same lines, Mike Dietz held onto a lot of his original sketches, including a lot of art that never made it into the final game.

I feel that it’s discoveries like this that make the Digital Eclipse collections so compelling and interesting to explore. You are sure to find things that have never been seen before, sometimes even members of the original development team are not aware they exist.

With each collection, we work even harder to include as much content as possible and I hope that comes across to those that have been following our releases.

4/ Your next game is the Samurai Shodown NEOGEO Collection, can you tell us more about it? I know people are waiting for a scoop here (lol)

It is true that Samurai Shodown is our next announced project and we should be able to share more details about it in the coming month or two. We have definitely packed this collection with games, as well as a ton of behind-the-scenes content that fans are sure to get a kick out of. We even flew over to Japan and interviewed many of the key developers responsible for the early titles, as one of our current goals for the Digital Eclipse releases is to include more video content. 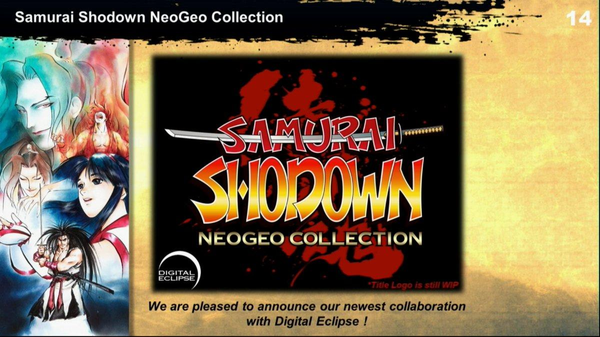 Also, with every Digital Eclipse collection, we try to add new features that helps to make the included games more compelling or more accessible to modern audiences. In the past, this included things like the rewind ability to allow players to correct mistakes or a mode where players can watch playthroughs and jump in at any moment to play.

For the Samurai Shodown Collection, we are introducing a whole-new feature that we are pretty excited about. But you’ll have to wait and see what that is.

5/ Do you find time to play video games? What genre or title do you particularly like (oldies/recent)?

I’m a pretty big gamer and I love a lot of different types of games. I like to jump around a lot, though, sampling a large assortment of genres and game types so that I can continuously have an understanding of where games are going and what things games do well. Unfortunately, I don’t have as much time as I would like to play games, but I do squeeze in play sessions several times a week.

In general, I lean towards action/adventure games which can range from anything like Mario 64 to Shadow of Destiny to Tomb Raider to God of War. I love running around an environment and solving puzzles. I’m also a big fighting game fan and play as many of them, as I can. Though, the Virtua Fighter series remains my top favorite of that genre.

6/ Are you a collector yourself? If so, what is your favorite piece and does it have a particular story?

I’m a pretty big retro game collector, and I especially love classic game consoles. I don’t really go older than the original NES, though, and mainly focus on Sega consoles, such as the Saturn. I worked at Sega for almost a decade so it’s hard to not love that brand and the past consoles they released. That’s probably why I have five Dreamcast consoles and 11 Saturns. 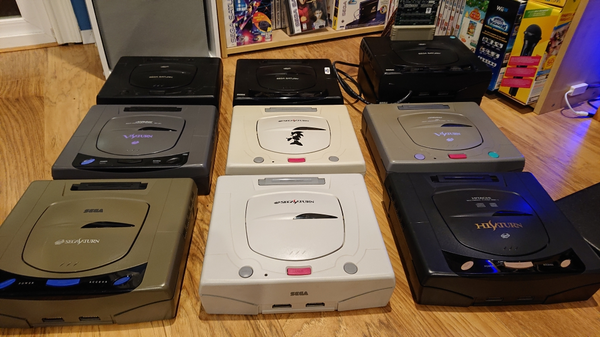 I guess if I had to call out anything, though, it would have to be the assortment of signed games I have, such as my copies of various God of War games or the Uncharteds. Having those signed means I got an opportunity to talk face-to-face with people I admire and was able to ask them questions that have helped to drive my career and personal growth. So, in that regard, I guess those are the most precious parts of my collection.

However, there are also your standard must-haves, such as a copy of Panzer Dragoon Saga, which I bought on its original release day, as well as my Dreamcast development kit, which I was able to take with me after I left Sega. 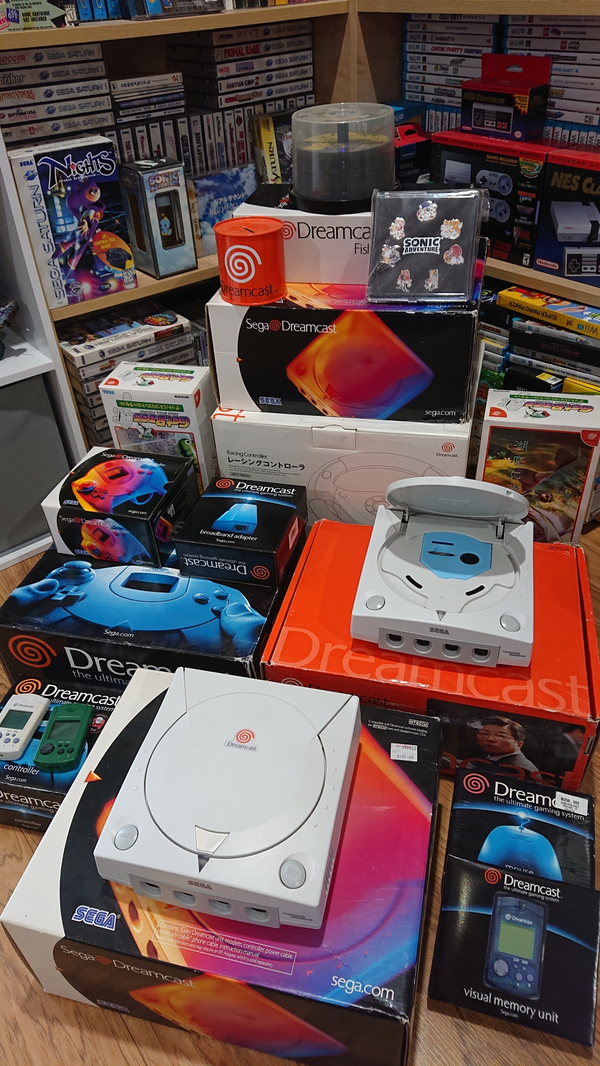 7/ Which personality in the video game world has impressed you the most? professionally and humanly

I think the two folks to pop to mind are Cory Barlog and Amy Hennig. Both of them are very talented individuals who have overcome a lot in order to deliver upon their visions. They both have contributed considerably to the overall experience and storyline of some of my favorite games. Above that, though, they come across as very nice people who are more than willing to help out others. Their focus on a strong narrative and interesting characters has helped the games they have worked on achieve both critical and commercial success and despite all the challenges they have gone through, they don’t appear to be jaded and continue to work in this industry because they love it.

Personally, I have always tried to be excited and energetic about games, no matter what project I am working on and I want everyone on the team to feel that similar energy and positivity. I honestly feel that is how you get people to put forth their best effort, so I always tend to admire people who portray that similar sort of excitement and genuine love for this interactive medium.

8/ Since it is not only video games in life, can you tell us about your other passions / hobbies?

It may be cliché but video games are definitely a huge part of my life. I still enjoy spending time doing the standard things, such as reading comics, watching movies and getting outside whenever I can, but most of my free time is spend either playing video games, reading books about them or working on my retro game collection.

When I do get outside, I love walking my two dogs, an akita and a corgi. I’m also a big fan of zip lines and seek them out whenever I can. 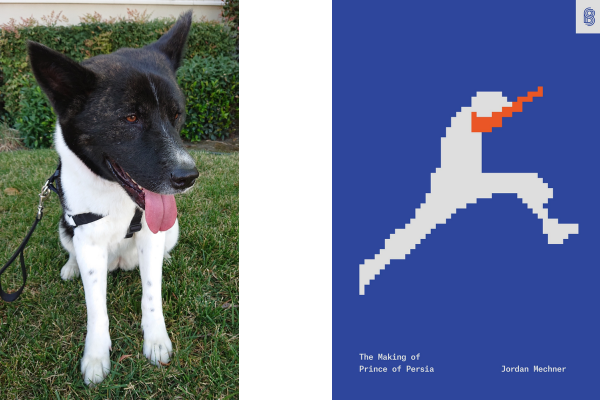 9/ What is your bedside book and favorite musical album?

Right now, I am currently reading the recently release Prince of Persia journal by Jordan Mechner, which I highly recommend to anyone interested in game development. As far as music goes, I have been listening to the soundtrack from Fez most recently while working on my current project.

10/ Thank you for your time, this last question is more a free space for you, would you like to send a message to the attention of our readers?

I just wanted to personally thank everyone out there who has contributed to or supported the Digital Eclipse brand over the years. It really means a lot to us and our mission. We have big plans for the future and the Samurai Shodown NEOGEO Collection is just the start of it. You can expect some surprises from us, so please stay tuned.

Signed copy of #nomoreheroes3 by Suda51🥰 thanks